Community joins in day of celebration 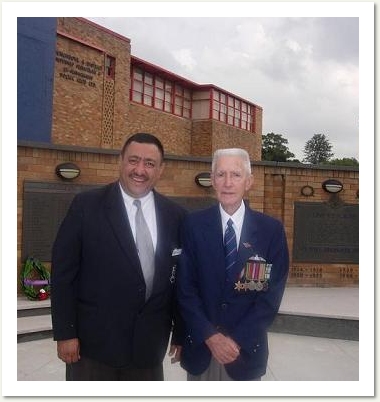 ANZAC Day was celebrated in Punchbowl on Sunday with more than 150 people joining in the celebrations held by the Punchbowl Ex-Services and Community Club.

Canterbury City councillor Karl Saleh attended the event and said that both the ceremony and march was a successful commemoration.

“Australia Days is one of Australia’s most important occasions – it allows us to remember and recognise those who have stood before us to serve and protect Australia,” Mr Saleh said.

“It is an opportunity to reflect on the sacrifices our servicemen and women have made in defending the Australia we enjoy today.

“We owe a great debt to these people as many of them set off to war unsure if they would return, but strong in the belief that Australia was a country worth fighting for.

“[Anzac Day] is our chance to credit our servicemen and women both past and present and let them know that their service is remembered, appreciated and honoured.”

Members of the community also participated in the service held at the club, which included speeches by Bankstown Federal Labour MP Daryl Melham, and Bankstown State Labour MP Tony Stewart followed by lunch and entertainment.

Punchbowl Ex-Services and Community Club’s Ed Tamplin said Sunday’s ceremony was a great event which gave locals a chance to observe the day.

“Most RSL clubs around Sydney hold their own services so that people can march in front of their own community and we wanted to do the same,” he said.

Mr Saleh said he was also happy that the majority of people at the ceremony were young people who were part of local various local sporting groups.

Punchbowl Ex-Services and Community Club will hold a dawn service at 5.30am tomorrow.